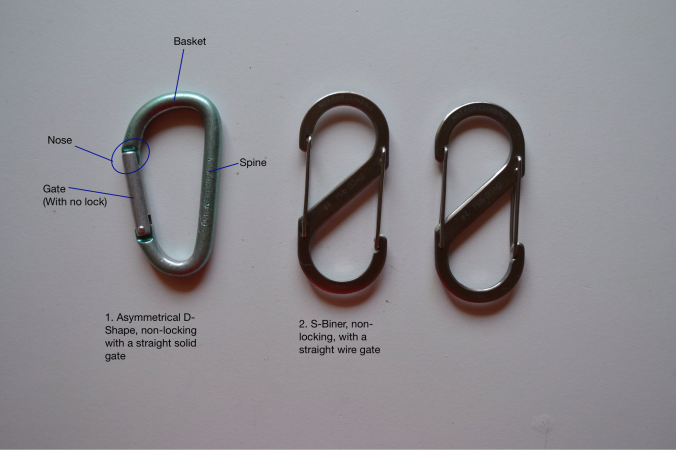 I’m a big fan of carabiners. I have all different types and designs, however, I tend to favor the Asymmetrical D-Shape. On a whim a few years back, I bought two S-Binder carabiners. I really liked this design because the items I would place on the bottom half of the carabiner were separated from the top half. The top lever was the lever that I would use to hook and unhook the carabiner to other objects.

This also lead to an issue with the way in which I used it. Each time I would wrap my hands around the carabiner to press open the top lever,  I would inadvertently press my palm against the bottom lever and the objects had a very good chance to slide out. This involuntary action happened a few times and I had to come up with a quick solution.

First, I wrapped a small piece of Velcro around the bottom lever, but over time, the Velcro started to become weaker and would become unattached, which left the end flap of the Velcro unattached. I knew I had to come up with a more permanent solution. I knew other carabiner brands sold their Asymmetrical D-Shape carabiners with locking mechanisms or had an external accessory that helped lock their levers in place. I had to make my own locking mechanism in order for me to not drop my keys all over the place.

I took a old piece of an iron on elbow patch (I had bought a set years ago and never used them all up), and I cut the length to the distance that it would take to cover the lever and half of the basket of the carabiner. (If you don’t know where the ‘basket’ is, I labeled all of the parts of a carabiner in the first image).

With a few sewing needles, I marked the locations of the fabric of which I would have to sew the fabric together. I removed the fabric from the carabiner and sewed it up. I needed to create a snug fit for the locking mechanism so that the fabric didn’t move easily when in use. When I sewed my second locking mechanism, I sewed it a little too snug, but with fabric, you have a slight chance to stretch the length and width of any product due to the material. This was material for iron-on elbow patches, so it was a very, very slight stretch .

Once I was finished sewing both the locking mechanisms, I slid the pieces on, moved my key rings over them and then slid it back over the levers. It’s a simple solution to a very basic tool I use everyday.

If you use any other kind of fabric, perhaps 100% cotton,  you may have to sew it a little tighter because cotton tends to stretch more. And, you may want to extend the length of the locking mechanism so that it can’t slide back and forth on the basket as easily. The idea is to make the fabric slight “stuck” on the spine of your carabiner. If it has a hard time sliding around the basket, then it most likely won’t slide around when in use.

I hope this might give any of you some ideas as to how to approach design problems such as this one. Happy sewing and don’t loose those keys! 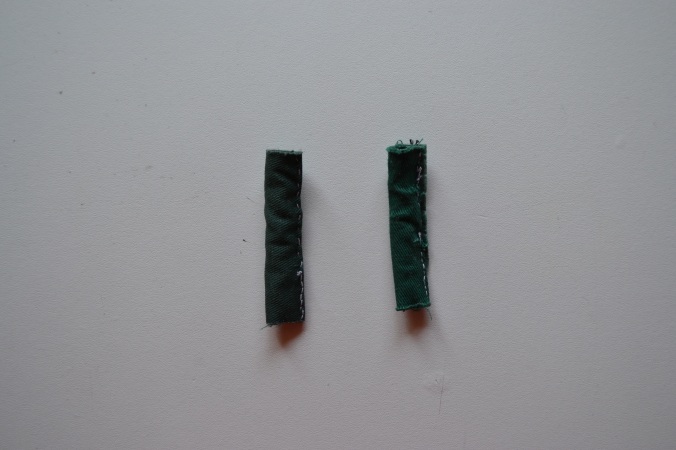 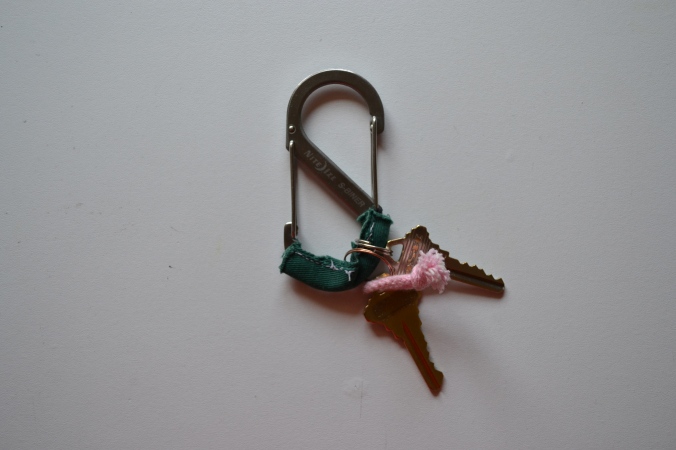 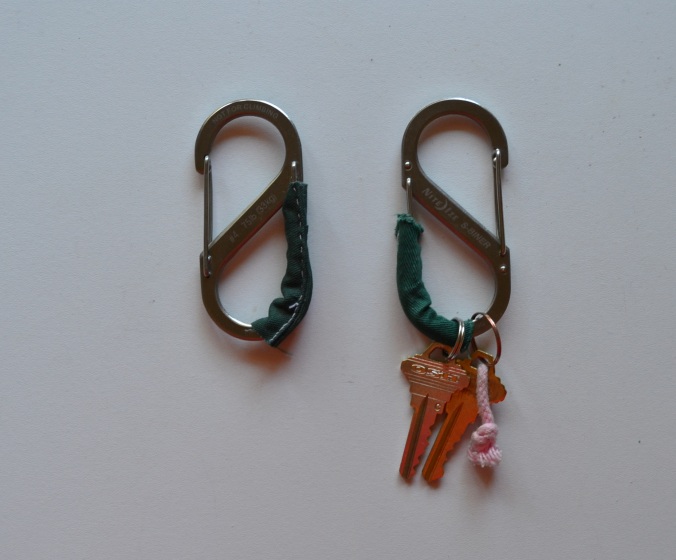 A Climber’s Guide To Carabiners 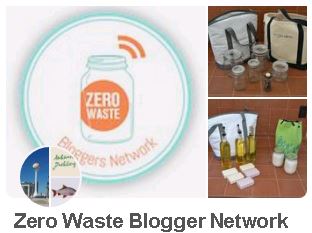