So I got a new job recently and there was a lot of new people to get to know and a new environment to get used to. I also had a new routine to make a part of my day-to-day life. With my new job, my day gets started pretty early which also means that I don’t make my morning coffee at home like I used to. I usually make my morning coffee in my French Press. At my job the company has a Keurig machine, and my co-workers love using it. I love my morning coffee and I like getting my started with a warm drink.

However, I disliked using the Keurig machine due to the painful reputation that Keurig cup pods go straight to the landfill. Instead of giving up coffee and leaving out a part of my day that I love to experience, I had to find an answer to the Keurig cup pod dilemma. I started researching on different ways to recycle these pods and I came across two different comapnies. The first company is TerraCycle and they have a Coffee Capsules Zero Waste Box where you can pay a small fee for the box and then print out a packaging slip to send back to TerraCycle when the box is full. The other company I found is called Grounds To Grow On which is a part of the Keurig company. For a small fee, they will drop off a Grounds To Grow On box and pick up when the box is full. This program offers two different sized boxes, so one can sit on the kitchen counter or sit on the floor. I prefered using the Grounds To Grow On program due to the benefit of the free delivery and pick up advantage.

I didn’t know how my co-workers would feel about the program because it wasn’t free. We would be paying for Keurig to haul away our used pods AFTER they already bought the machine and still continue to buy the pods. So essentially, they would pay for more trash to be hauled away. I spent a week to get to know my co-workers and the culture at my new job. During that time, I continued to collect the Keurig cup pods on my own knowing full well that the company may not want to join the recycling program. I knew that even if they didn’t want to join, I would join and recycle the pods myself.

A few of my co-workers did see me bring pods back to my desk, but I always just smiled and kept walking, I honestly don’t know what they thought I was doing. Maybe they just thought the new kid on the block was just strange and liked to collect trash. At the end of the first week, I finally brought it up to the office manager and she researched the program. I found out that a lot of my co-workers were on board with the program and saw my cardboard box of Keurig pods that I had been collecting. They were all very supportive of the program and I was relieved to hear it. There is now a new location to toss the used pods into, and I couldn’t be happier.

Living a zero waste life isn’t an easy lifestyle for everyone to adapt to. It takes time, energy, and sacrifice to even start it. Not everything we eat is organic, not everything we own is toxic free and even everyday routines and possessions are used for the most part, out of convenience. The speed at which we tend to run our lives moves so fast, that it’s sometimes hard to take time out to adjust your day-to-day routine, but if you tackle one task a day, it eventually becomes a smooth and less stressful ride through life. For me, this  issue with the Keurig cup pods was a task I wanted to tackle. The other alternative answer to this problem is to not use the machine at all, not order pods anymore, but who am I to demand that everyone in the office give up their expensive machine? With this Grounds To Grow On program, perhaps it will spark a conversation to convert the office into a zero waste office.

So lead by example. Lead by example knowing that you might be standing alone. I signed up for the program, knowing full well that the office may not want to join it. I was prepared to be known as the Keurig Cup pod collector of the office and I would pay for the program on my own, but is that a very big sacrifice? In the overall scheme of the Keurig cup pod crisis, paying a small fee to have this specific trash hauled away , doesn’t seem that bad. At least with every sip of coffee I made from that machine, I know I was trying to do my part in the larger Keurig cup pod pollution.

So I filled out the “About” section of my website yesterday and I know I wrote that I’m trying to live a zero waste lifestyle. I use the word trying because the system isn’t perfect. As we all change and get older, our needs change, whether it be mental needs, health needs or the needs of our loved ones. So this is the trash I’ve accumulated so far in 2016:

I started trying to live a zero waste lifestyle in 2010 and over the years my system became more refined. I found better alternatives for current products I use and even had to opt out of certain products. To give you a better perspective of what I gave up, I made a list: (of what I could remember)

Bathroom In The Past:

Bathroom During the Present: (Product details can be found under: Store> Store Link)

I think that’s pretty much the entire list. If I’ve left out anything I’ll come back to edit it. This is what my bathroom looks like now: 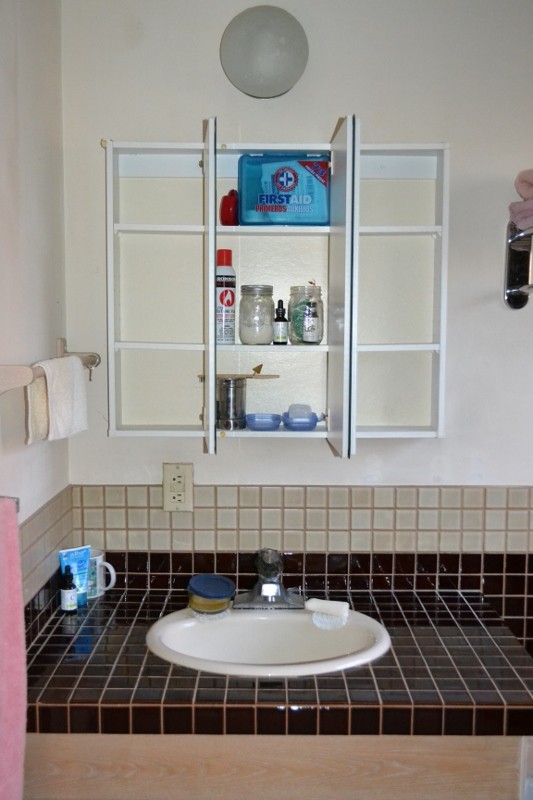 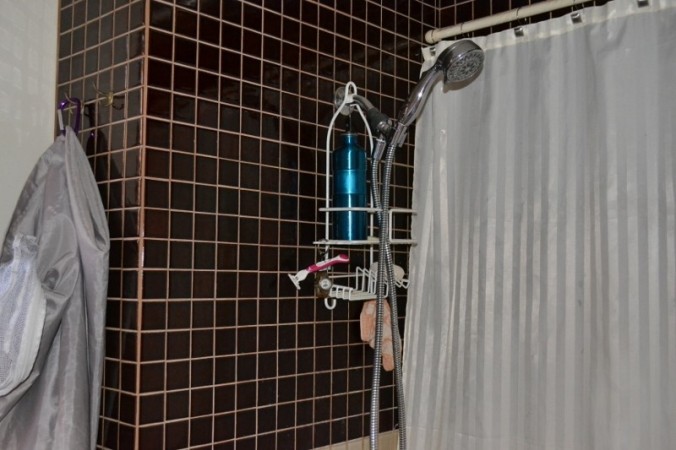 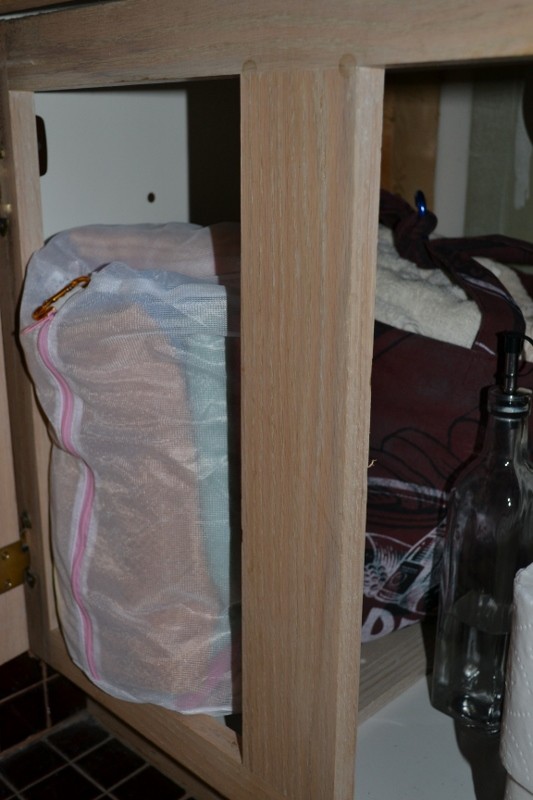 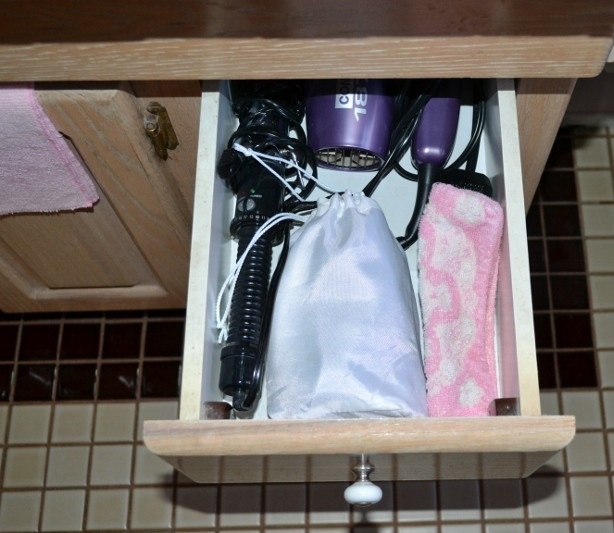 From the list of items I used to buy, the one criteria I needed each product to pass was the plastic packaging issue. Now I buy items packaged in glass or stainless steel OR paper (and not the glossy kind of paper- just raw paper). I have seen bulk soap sold in stores, but they always have a sticker price tag attached to them, which is not recyclable. I use my Dr. Bronner’s soap for cleaning my bathroom, as a body wash, as a face wash, pet shampoo, laundry detergent, and dish washing soap. With the amount of use I get from one bar of soap, I think this investment pays for itself. I now only use candles in my emergency kit in case of a power outage. My list also was tested with the help of another blog called “The Zero Waste Home” with Bea Johnson and her family. I followed a majority of what she suggested but there were a few that I did not agree with. If you want to check them out, here is the link The Zero Waste Home

There are a few hang ups with this system that still doesn’t make it completely 100% zero waste, such as sunblock and make up. However I did discover a company called TerraCycle who will let you mail them certain trash to be reused into other items as long as you join one of their brigades. Check them out here TerraCycle- Outsmart Waste Currently I’m on their wait list for their Personal Care and Beauty Brigade.